The first Käte Hamburger Lecture was held by Timothy Garton Ash, Professor for European Studies at the University of Oxford. Garton Ash explained how free speech could be guaranteed and how the guaranteed free speech would eventually bring about global and cross-cultural cooperation.

The increasing use of the internet and mobile services in the world today has made us all become more like neighbours. In his lecture “Can (and should) there be global norms for freedom of expression?“ , Garton Ash argued for a reform on free speech in our global interconnected world.  With his interactive project freespeechdebate.com, he proposed a new thinking and discussion structure.
The website offers an internet platform for a discussion in over 13 languages. The debates focus on the draft principles which lay foundation for limitations and norms of free speech.

Garton Ash does not only centre his argument on the legal regulations provided by the state but also the voluntary self-restraint of the internet citizens. The project aims to propose principles of free speech, upon which people from different cultures, countries, religions and political attitudes could agree. In order to achieve this, a global discussion must be initiated, in which expertise as well as openness are incorporated. In addition to overcoming the language barrier, Garton Ash stressed on the importance of internet access as well as the internet usage skill and pinpointed. He pinpointed the two factors as preconditions for the exercising of free speech in our media world.

The disputed seventh principle on religion was raised as an example case for discussion on religious differences. The project strives to answer the core question whether there could be universal principles which have to be compromised in some countries due to cultural contextualisation.
Garton Ash proved in his lecture that an interesting, well-informed, purely transcultural and multi-language debate could be concretised. Following the lecture of Timothy Garton Ash, the commentators including Christoph Bieber, Diedrich Diederichsen and Martin Eifert contribute vital inputs for further debates. The lecture was concluded by a lively floor discussion.

Invitation of the event (in German) 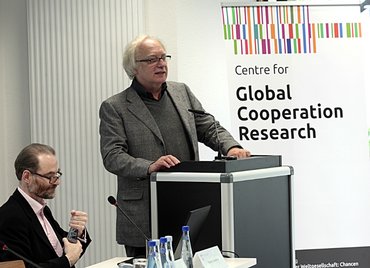 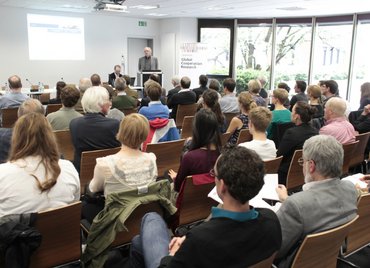 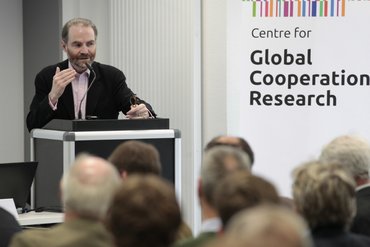 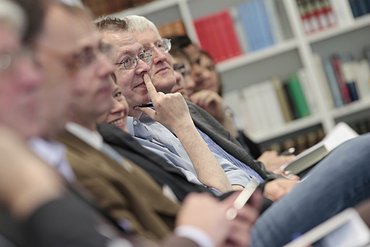 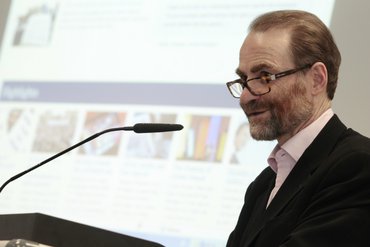 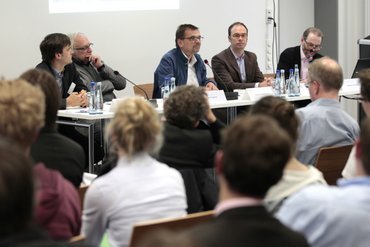 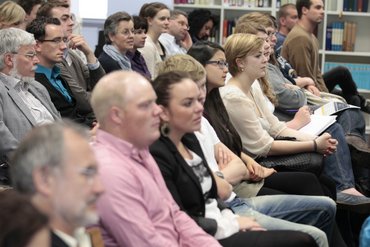 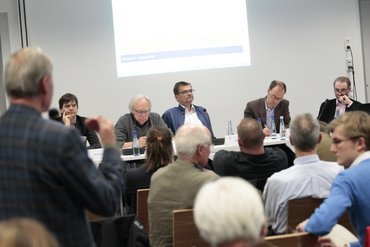 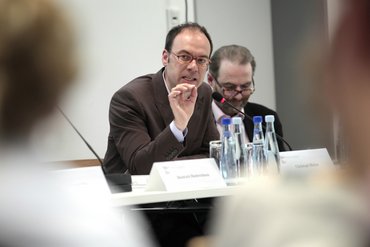