Before the recent shift, the public used to associate the issues of politics, power and resistance with the contestation of mass parties, unions and associations. Today, the public sphere seems much less central. For many commentators, what goes on in parliament or at the state level is much less important than the 'everyday' politics which takes place out of the glare of publicity, in our private choices and decisions.

At the third Käte Hamburger Lecture, Prof. David Chandler, Senior Fellow at the Centre since October, addressed the erosion of the public sphere as the centre of political life - of democracy and of the resistance to power. In the interconnected, multi-plural, complex world our understanding of politics seems to have shifted, according to David Chandler, Professor of International Relations at the University of Westminster. A socialisation of politics, with the focus on the inside of societies, is taking place, leading to everything being boiled down to culture.

The dominant discursive understanding is that due to uninteneded side-effects and indirect implications in the global, interconnected and complex world a transformation of how we understand problems since the 1990s. The recognition about the non-linearity of the world, bounded rationalitites and path-dependencies, sets limits to power and politics. Therefore the focus of politics has shifted to the inside of societies. The new reflexiveness of our social embeddedness puts lots of responsibilities on the individuals. Chandler's critical conclusion to this transformation of our understanding of politics has been threefold: First, as everything is boiled down to societites and culture, culture becomes the explanandum and explanatons at the same time. Second, politicians cannot be solely accountable anymore. Accountability is rather left as a simple formality. And third, the shift leads to a de-humanising, because the people are becoming the problem if everybody has responsibility for political change and, referring to Prof. Thomas Pogge, has to pursue an "Oskar Schindler's politics".

Vital part of the lecture as commentators have been Dr. habil. Volker Heins, Head of the Research Area "Interculturality" at the Institute for Advanced Study in the Humanitites, KWI Essen, and Kai Koddenbrock, Fellow at the Global Public Policy Institute (GPPi), Berlin. 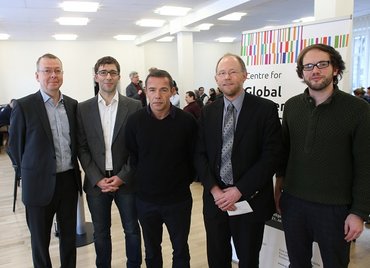 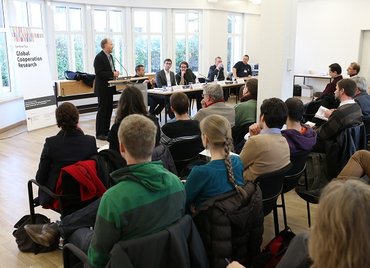 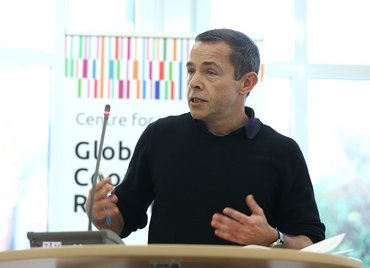 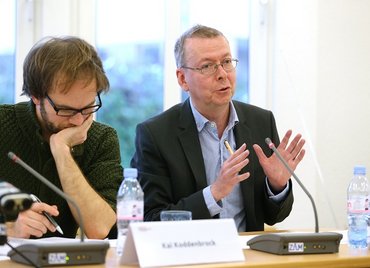 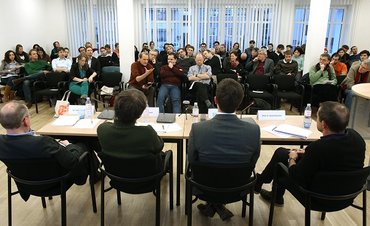 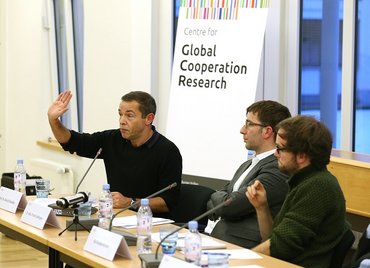