Global Governance and the State of Nuclear Weapons

The agenda on nuclear disarmament has come to a standstill. This was the sombre assessment of Professor Ramesh Thakur*, as he opened the 5th Käte Hamburger Lecture on 12 June in Berlin. The number of nuclear weapons had indeed gone down over recent decades, he said, but there were still almost 18,000 of them in existence - 2,000 available for rapid deployment. At the same time, the number of nuclear-armed states had risen to 9 and there was a risk that this figure would increase further if worldwide efforts at disarmament continued to fail to make significant progress. This meant, said Thakur, that the risk of nuclear weapons actually being used was also increasing.

The current situation did not present a happy picture, said Thakur, who believes optimism and hope are continuing to wane and expressed disappointment in the Obama administration. His presentation drew partly on the report 'Nuclear Weapons: The State of Play', published in April 2013 by the Centre for Nuclear Non-proliferation and Disarmament and co-edited by Thakur himself and Professor Gareth Evans. The report concludes that the nuclear-weapon states have so far only paid lip-service to the idea of the definitive destruction of nuclear weapons and that any real breakthrough was still awaited. In the area of non-proliferation too, he said, such declarations as had been made involved less ambitious, easier to achieve targets ('low-hanging fruits') rather than negotiating successes. And even some of these, Thakur said, were proving to have little follow-through. For example, a host government had been decided upon for a conference on the creation of a nuclear-weapons-free zone in the Middle East, but the conference itself had been indefinitely postponed. Thakur lay part of the blame for the lack of success on current conference-diplomacy: important issues, he said, were discussed at ministerial rather than head-of-state or head-of-government level and ministers did not have the necessary clout to push measures through, or else ended up negotiating over matters that had already been implemented.

It was true, said Thakur, that some advances had been made in the area of non-proliferation, nuclear security, and the peaceful use of nuclear energy. As far as he was concerned, however, these were of little significance, since priority must be given to abolition. If we want nuclear non-proliferation, we have to be ready for nuclear disarmament, he said in closing his address.

Following on from this, Ambassador Rolf Nikel, Federal Government Commissioner for Disarmament and Arms Control, explaining the German government's step-by-step approach, stressed that the ultimate aim was still a nuclear-weapons-free world but that to achieve real progress required a great deal of patience. There had already been many advances in non-proliferation and we should not let these be overshadowed by the tough struggles over disarmament, he said ('A global zero regime requires a stable non-proliferation regime'). Ambassador Nikel also highlighted Germany's intense efforts to get further reductions in the sub-strategic nuclear weapons still present in Europe, and eventually, within the framework of a negotiated settlement, to get rid of these completely. With its decision to offer transparency-measures, the creation of a committee on disarmament, and further reductions in the role accorded to nuclear weapons, the NATO summit in Chicago made an important contribution to this process.

By contrast, Uta Zapf, the second contributor to the lecture and Chair of the German parliament's Sub-Committee on Disarmament, Arms Control, and Non-Proliferation, criticized the fact that dialogue with Russia over the elimination of tactical nuclear weapons from German territory had still not begun. And this, she said, was despite the fact that a cross-party resolution tasking the German government to work to secure the removal of the remaining nuclear weapons in Germany had been passed in the German parliament as long ago as 2010. As far as Zapf was concerned, therefore, the watchword now had to be 'visibility' - this issue must under no circumstances disappear from the political agenda.

The meeting was chaired by Professor Herbert Wulf, currently Senior Expert Fellow at the Centre for Global Cooperation Research. 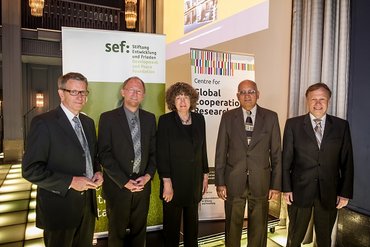 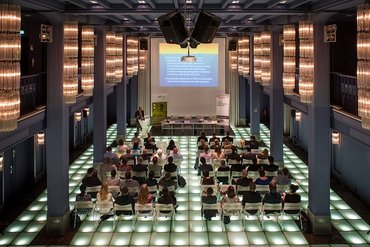 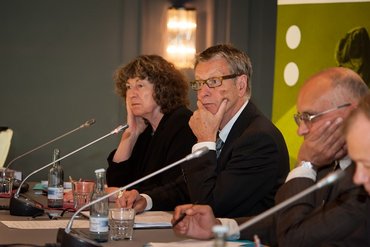 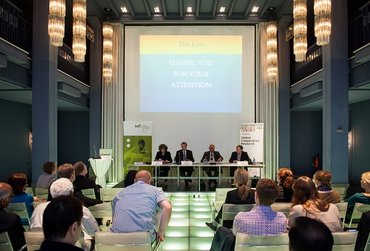 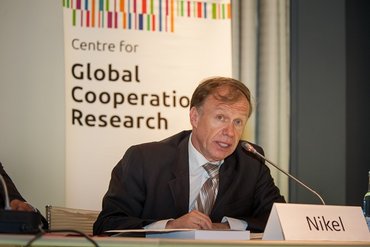 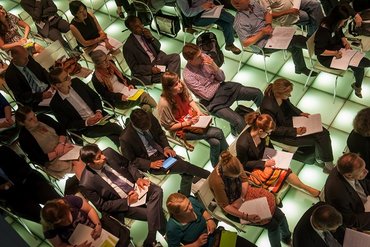 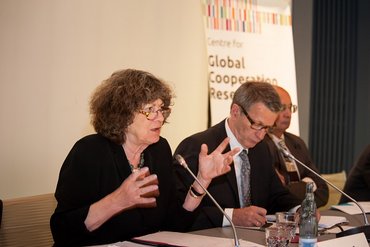 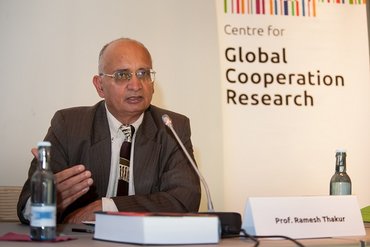