Tolerance and Cooperation in Primate Society

Can monkeys be said to cooperate? And what does observation of them teach us about human social behaviour? Delivering the 7th Käte Hamburger Lecture, Professor Julia Fischer, Head of the Cognitive Ethology Laboratory at the German Primate Centre (DPZ) in Göttingen, outlined her current fieldwork. Citing some fascinating examples, she revealed the complexity of primate social groupings and the skills their members develop for cooperation, cognition, and communication.

Drawing on her recently published book Affengesellschaft (‘Primate Society’—Suhrkamp 2012), for which she has won several awards, including the 2013 Grüter Prize, Professor Fischer provided interesting glimpses into the fieldwork itself and gave a very clear and accessible account of the social structures, cognitive processes, and modes of communication in use amongst the hitherto little-researched Guinea baboon of Senegal. (The Niokolo-Koba National Park in Senegal is the site of a DPZ field-station, set up in 2007.)

With the help of GPS data, observations were carried out, for example, on male Guinea-baboon networks and these revealed a type of social behaviour not previously noted amongst baboons. The males form ‘cliques’ of three to four individuals who then stay together for many years. In addition, unlike other species of baboons such as the Chacmas, the males do not display marked territorial behaviour; their home-ranges overlap one another and they engage cooperatively with each other.

In order to learn more about this new ‘baboon system’, said Professor Fischer, the research-programme would need to be extended over the next ten years. Exploration of our nearest relations would, after all, provide pointers to the evolution of humankind and what we bring to the process in terms of language-ability, intelligence, and social behaviour—though in the end, concluded Professor Fischer, there is ‘more ape in man than man in ape’.

The 7th Käte Hamburger Lecture was chaired by Professor Claus Leggewie, Co-director of the Centre for Global Cooperation and Director of the Institute for Advanced Study in the Humanities Essen. 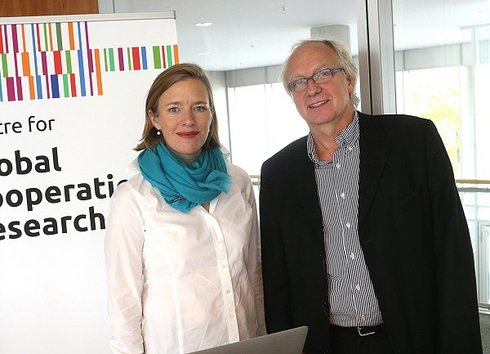 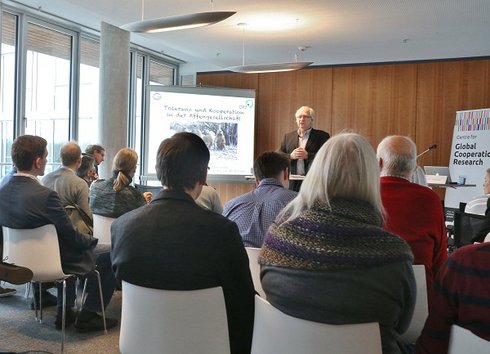 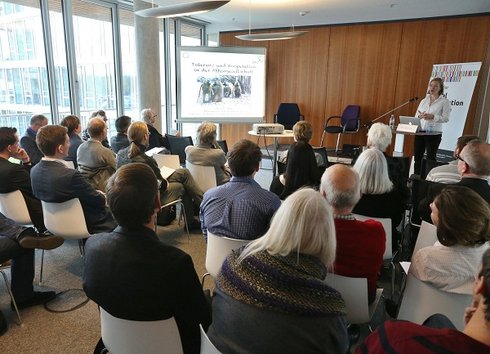 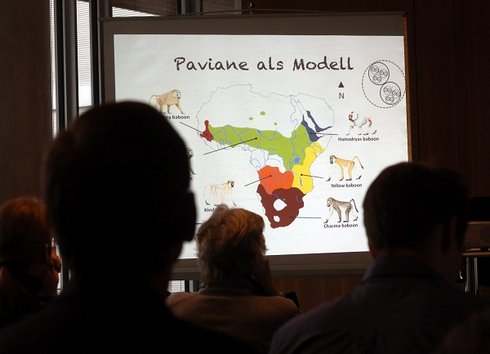 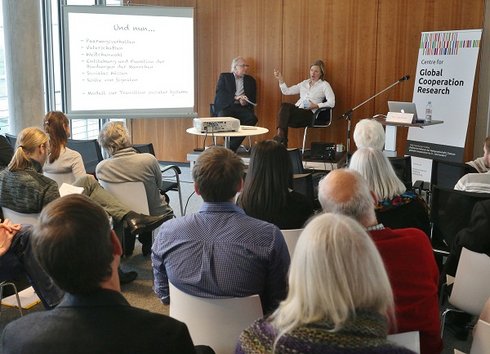 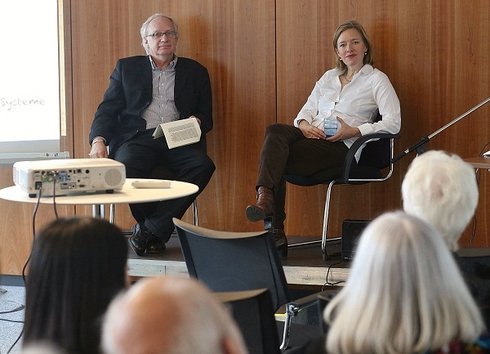