The Crisis of Journalism Reconsidered

For most people, the news and other journalistic products are the only sources that provide them with a picture of the local and global world in which they live. Journalists tell us not only "what is going on," but also what motivates citizens and politicians to act the way they do, what kind and disreputable relations they entertain and which institutions they protect or compromise. In recent times, there are increasing complaints that the unprecedented potential of critical journalism is threatened by two trends: the commercialization of the media and the decline of the quality press through the Internet and other new technologies.

Jeffrey Alexander, Professor of Sociology at Yale University (USA), discussed these topics with the political scientist Christoph Bieber at the University of Duisburg-Essen on 8 December. During his lecture “The Crisis of Journalism Reconsidered“ Alexander criticized the pessimistic thesis of the decline of journalism. He sees journalism as a profession rather than a business. Journalism is under reconstruction, but without meaning his end. The new digital technology does not – as often proclaimed – that every citizen is a journalist (e.g. via blogs or twitter) because professional journalism is more than the collection and spreading of news. It contains the interpretation filtered through moral judgements. Only then meaning arises from events. Ethic morals in journalism like transparency, balance and independence are at the same time fundaments of the democratic discourse. Consequently, at the end of his lecture, Alexander labelled journalism as a civil art as it contributes to the discourse of civil society.

Jeffrey Alexander is Professor of Sociology at Yale University (USA) and co-director of the Center for Cultural Sociology. The American sociologist is a central figure in contemporary cultural sociology. His research in the field of cultural sociology is recognized throughout the world and won several awards.

Christoph Bieber is Welker Foundation Professor of Ethics in Politics and Society Management at the Institute of Political Sciences of the University of Duisburg-Essen.

The discussion was moderated by Volker Heins, Head of Research 2 'Global Cultural Conflicts and Transcultural Cooperation' of KHK / GCR21 and head of the research area 'Interculturality' at the Institute for Advanced Study in the Humanities (KWI) in Essen. The KWI was co-sponsor of this 10th Käte Hamburger Lecture. 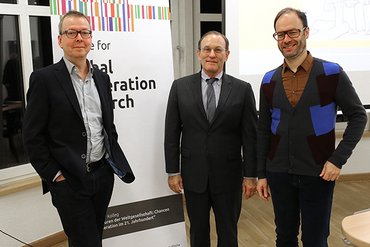 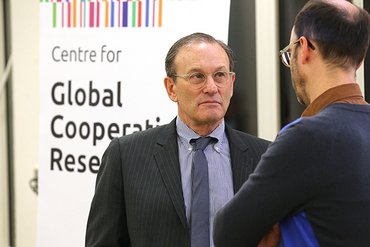 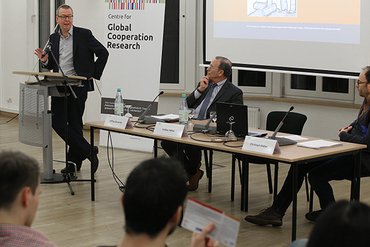 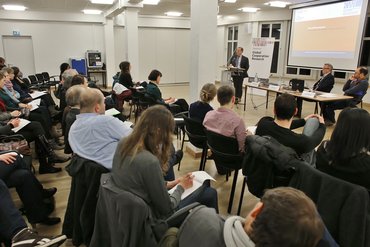 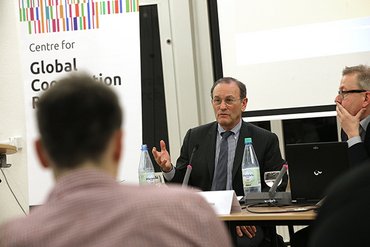 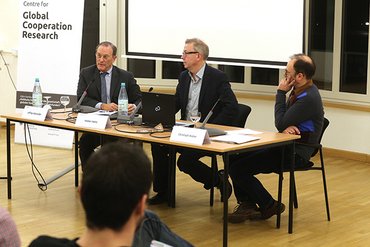