Inequality – what can be done?

Discussing the question 'Inequality - what can be done?', the 15th Käte Hamburger Lecture with Sir Tony Atkinson, Centennial Professor at the London School of Economics, successfully took place at the Institute for Advanced Study in the Humanities (KWI) in Essen.

The reduction of inequality has long been on the political agenda of state actors. The recent adoption of the Sustainable Development Goals by the General Assembly of the United Nations on 25th September apparently underlines the ubiquitous consensus towards this objective, since the 10th Goal is to ‘reduce inequality within and among countries’. While world leaders agree on the importance of the goal, it is not said how to achieve it. Taking this as a point of departure for his lecture, Atkinson stated that ‘world leaders have to move out of their comfort zone’, if they are serious about reducing inequality. According to the distinguished economist, we can do much more than sceptics imagine. Atkinson has long been at the forefront of research on inequality, and brings his theoretical and practical experience to bear on its diverse problems.

Drawing from his latest book ‘Inequality: What Can Be Done?’, Sir Tony Atkinson presented an overview of the various forms of inequality and distinct proposals to tackle the different problems. Atkinson pointed out, that first and foremost there is no universal consensus on reducing inequality, since there are many powerful actors involved, which have little or no interest in changing the status quo. Secondly, even if a broad consensus on reducing inequality can be observed, there are very different definitions and approaches to fight inequality. Among the attending discussants there was the common agreement, that present inequality is an effect of globalization and technological change. In this regard Sir Tony Atkinson thoroughly worked out, that those developments are not an external or natural factor to human development but are shaped by decisions and thereby are political. Atkinson’s claim is to democratize the decision-making of those processes, which means that all stakeholders should be included and decision-making should be re-transferred into the realm of public policy. Atkinson’s proposals inter alia include the introduction of national saving bonds to small savers as well as public employment programmes. To demonstrate that his proposals are debatable, but not ‘off the wall’, Atkinson presented past initiatives as the US Humphrey-Hawkins Act of 1978 that pointed in the same direction. He underlined that his purpose is not to describe an utopian dream but to start a discussion to achieve the goal of reducing inequality.

The lecture was enriched by the comments of Wolfram Richter, Professor for Public Economics at TU Dortmund. The following discussion with the audience was moderated by Prof. Claus Leggewie, Director of KWI and Co-Director of the Centre for Global Cooperation Research.

The lecture was organised jointly by the Käte Hamburger Kolleg / Centre for Global Cooperation Research and the Institute for Advanced Study in the Humanities (KWI). 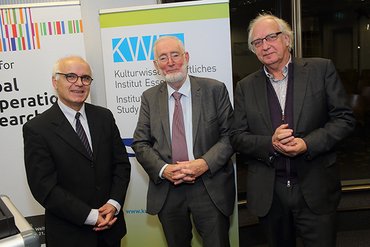 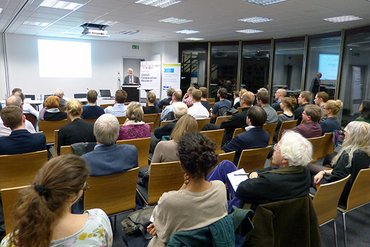 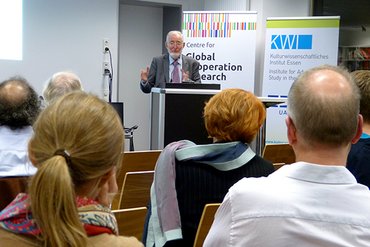 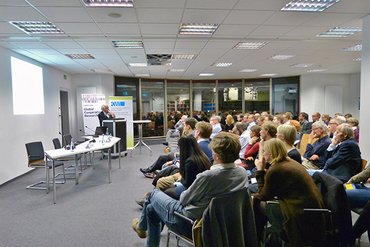 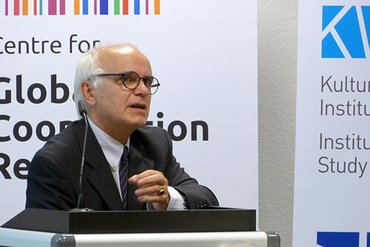 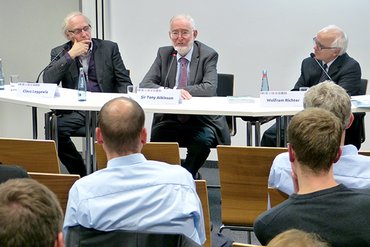 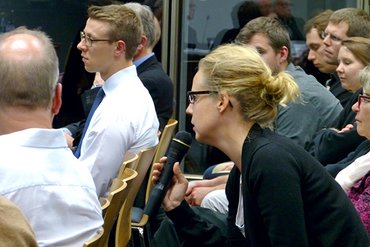 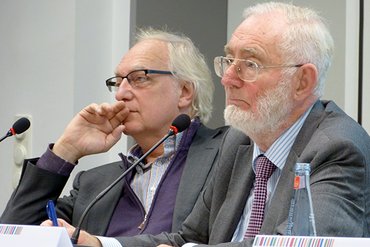