The Failure of the Mediterranean Union - History and Consequences

‘The Failure of the Mediterranean Union – history and causes' was the topic of the 16th Käte Hamburger Lecture with Prof. Wolf Lepenies, Permanent Fellow (em.) at the Institute for Advanced Study Berlin. In his presentation, sociologist Lepenies examined the history of the idea of a Mediterranean union, the origin of which he dates back into the 19th century. The lecture however focused on the more recent endeavors to revive this concept in the framework of a French-Latin counter-model to German hegemony in Europe.

In the course of his speech, Lepenies extensively referred to the work of Russian-French Hegelian philosopher Alexandre Kojève and the reception of his work in the 1990’s. Nicolas Sarkozy's plans for a ‘Mediterranean Union ' also had the Islamic countries of North-Africa and the Levant, as well as Israel in mind. His draft outlined perspectives for a peace process between the Arab countries and Israel and also an alternative approach for a rapprochement between Europe and Turkey, exceeding the framework of the European Union. As history shows, the German hegemonic position after its re-unification  succeeded over the originally ambitious and far-reaching aims of the ‘Méditerranée’. In the subsequent discussion with the audience, the topicality of alternative models for Europe contextualized the currently observable tendencies of fragmentation within the European Union and the emergence of different political camps concerning the refugee crisis. A detailed treatise on the history of the Mediterranean Union can be found in Wolf Lepenies’ forthcoming book "Die Macht am Mittelmeer. Französische Träume von einem anderen Europa".

The discussion with the audience was moderated by Prof. Claus Leggewie, Director of KWI and Co-Director of the Centre for Global Cooperation Research.

This lecture was organised jointly by the Käte Hamburger Kolleg / Centre for Global Cooperation Research and the Institute for Advanced Study in the Humanities (KWI). 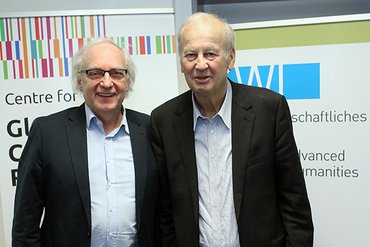 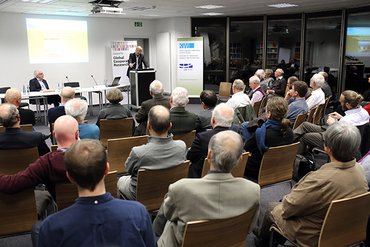 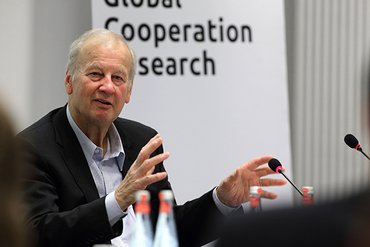