Climate on the Rise, People on the Move. Understanding Today’s Global Challenges Differently

Today, newspapers and television broadcasts are dominated by worrying images about rising temperatures, damaging droughts, storms and floods, and an increasing number of people migrating not only because of climate changes, but also escaping from war, economic crises, or simply looking for better opportunities. But the debate gets more than often stuck somewhere between sceptics and apocalyptic environmentalists, between those promoting open borders and those concerned  with establishing limits, while people continue to be on the move and the climate continues to rise. Current global challenges seem not amenable to human comprehension and require a new way of thinking about climate on the rise and people on the move: What are our new responsibilities? Is there room for a new ecology? What about new ethics, new activism, and new politics?

In the 6th Käte Hamburger Dialogue, two leading scholars Rolando Vazquez, University College Roosevelt of Utrecht University, and Doerthe Rosenow, Oxford Brookes University, engaged in a dialogue aimed at taking the debate on a different thinking  forward. The discussion explored our relation to the earth, vulnerability and what it means to be human in an increasingly uncanny world.

The Dialogue was introduced by the presentation of the book 'The Neoliberal Subject: Resilience, Adaptation and Vulnerability' by the author David Chandler, University of Westminster, and by a word performance on decoloniality, freedom of movements and gender by Lesley-Ann Brown. Pol Bargués-Pedreny, Institute for Development and Peace, and Olivia Rutazibwa, University of Portsmouth and Käte Hamburger Kolleg/Centre for Global Cooperation Research, moderated the Dialogue and the following discussion with the audience. 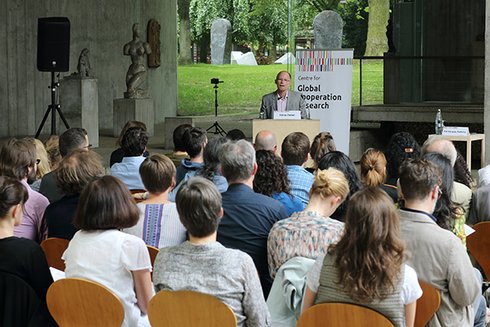 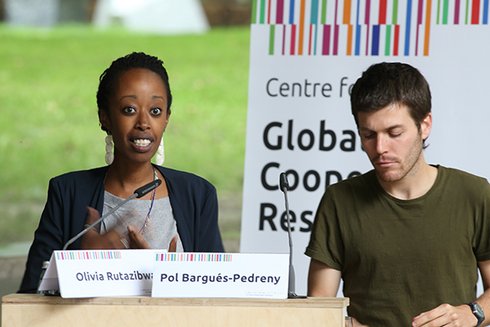 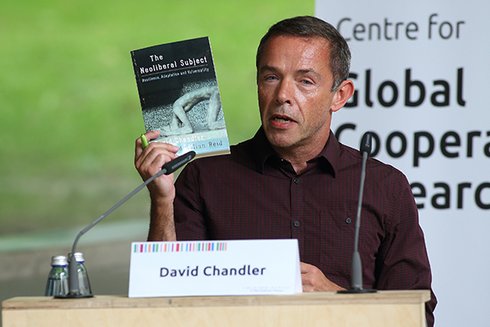 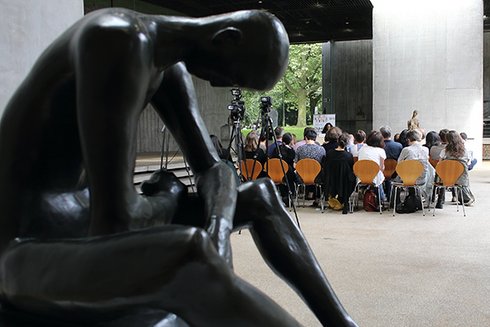 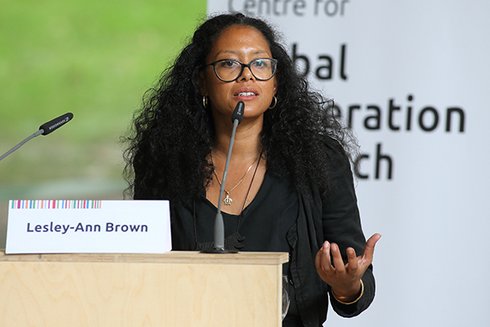 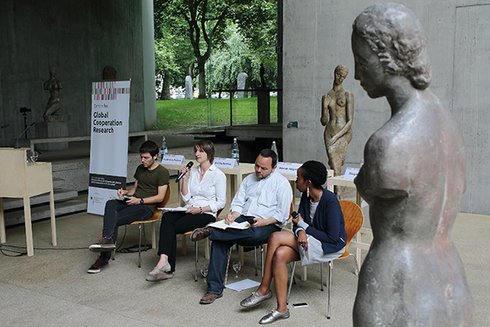 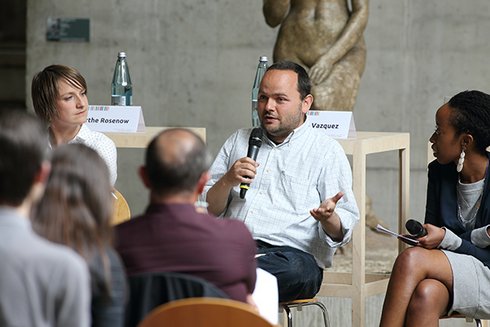