Age Structures and State Behaviour: A Political Demographer's Guide to the Future in National and International Politics

Whether their responsibilities cover foreign assistance, diplomacy or defence, policy-makers and their staff regularly seeks out realistic assessments of future trends in states and regions upon which they focus. In the 27th Käte Hamburger Lecture, Richard Cincotta, Political Demographer and Director of the Global Political Demography Program at the Stimson Center, Washington, D.C., argued that thinking about age in structural time (regardless of chronological time) may change the way we see the world and foreign relations. Making predictions on the future, Cincotta developed a simple model with one continuous independent variable: median age.

Already in 2006, as part of its Global Trends publications effort, analysts at the US National Intelligence Council – among them Cincotta – began to explore the possibility of producing 'timed statistical forecasts' by coupling theories from age-structural political demography with the UN Population Division’s demographic projections. The effort has produced firstly, the easily-communicated graphical models that can be regenerated and tested. Secondly, the exploration brought about forecasts that have regularly out-performed conventional analyses by country and regional experts. Although limited in scope, these simple demographic models provide fresh insights into the expected timing of the rise of specific political, social, and economic indicators (including liberal democracy; civil conflict; discrete levels of per-capita income, educational attainment, and child survival) among modern states—some of which disagree with conventional wisdom.

With his statistical investigation, Cincotta forecasted, for example, that between 2010 and 2020 one liberal democracy in North Africa will develop. While at that time people thought this prediction is ridiculous, history proved him somehow right with the Arab Spring and Tunisia. Segmenting the population age structure in four categories (youthful, intermediate, mature, post-mature), Cincotta's model shows that this structural time analyses can make forecasts about the development of countries. He explained that getting into the demograhic window – meaning the age 26 to 42 years – is an essential milestone on the path to development.

The lecture was the kick-off event of the workshop 'Challenges of Global Political Demography: The Politics and Policies of Population Change and Cooperation'. 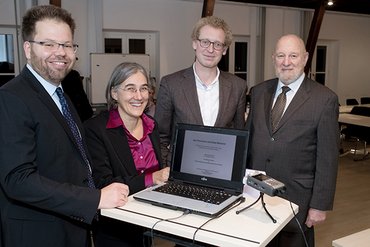 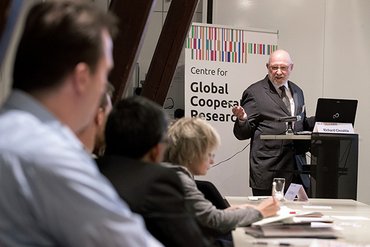 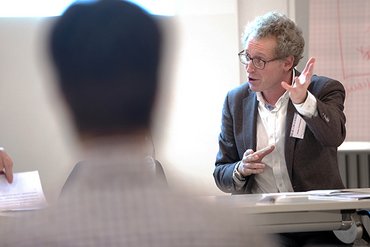