China, the Global Order, and Two Ages of Rising Powers: Comparing and Contrasting the World of 1900 and the World of Today

In 28th Käte Hamburger Lecture, Prof. Dr Jeff Wasserstrom, Chancellor's Professor of History, UCI (University of California, Irvine), placed China's resurgence and the way it is altering the international order into historical perspective. Unlike what is often done, the lecture refrained from revisiting the era of the Silk Road or the late Ming or early Qing eras. Instead, Prof. Wasserstrom compared and contrasted the situation today with that at the end of the nineteenth century and beginning of the twentieth century when China's situation was at a low point and the powers on the rise included Japan, Germany, Russia and, above all, the United States.

In his initial statement, Wasserstrom explained that while until today the US defines itself in contrast to China, his lecture will challenge the idea of US and China being radically different. He compared the status of China in 1900, when the world was divided of colonizers and colonized and China was afraid of being the next to be colonized. During the time of the 1980s/1900s China stood outside of the model of globalization, according to Wasserstrom. Even in the 1980s the biggest fear of the US was the rising of Japan. But in the 21st century the new narrative goes that China is de facto leader of the globalization.

Issues addressed includeded the ways that, in both of these eras:
a) the rise of new powers can be viewed with a mix of admiration and unease by many people living in countries that have been at or near the top of the global economic and political hierarchy for decades;
b) wars and international spectacles can reveal changing alignments and fissures within the global order; and
c) new technologies of transportation and communication can alter arrangements and be seen as symbols of the state of nations and empires.

During the discussion the most pertinent issue raised by the discussants as well as the audience in the Q&A was the expectation – capability gap. Prof. Flemming Christiansen argued that China follows the policy of throwing out big ideas, but not the interpretation. Subsequently, Dr Yu Jie made the point that China is only since 1979 moving on the international state and therefore must be seen as a teenager that still has lessons to learn. As she was optimistic about the future capabilities of China, the audience showed itself sceptical due to fundamental differences of values.

The event was organized jointly with the Institute of East Asian Studies (IN-EAST) and part of the two-day workshop 'Strategic Power without Normative Intentions: A New Paradigm in International Relations? The Case of China'. 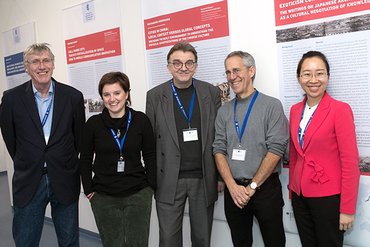 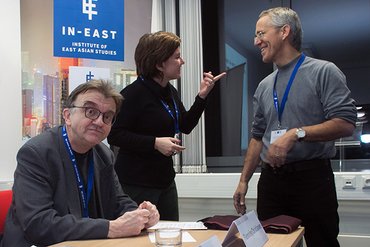 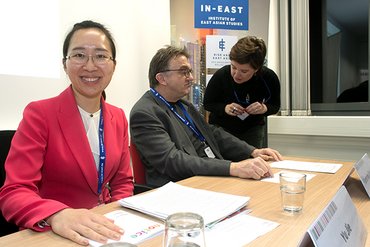 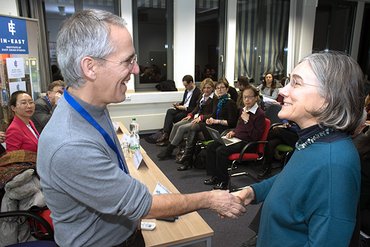 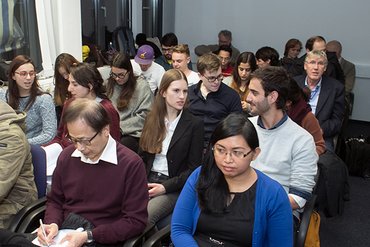 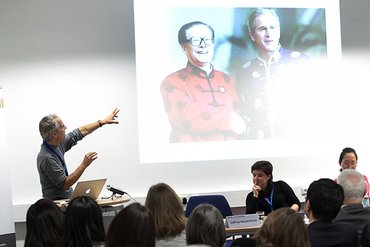 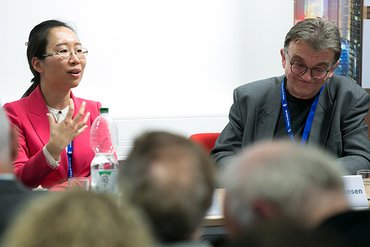 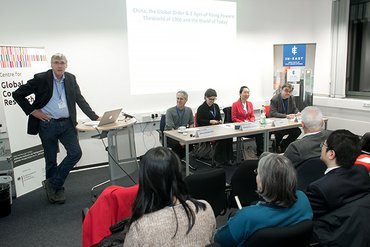