Since the first Syrian camps appeared in Turkey in July 2011, the scale of displacement has increased intensely. In Europe, more attention has been given the created tensions within the European Union over burden-sharing. Yet, a recent survey shows that merely 8 percent of Syrian refugees in Germany want to stay in the long run. Despite the immediate danger in Syria, the major cause for the displacement, wishes to return home are reinforced by the refugees' impression of placelessness, limited career opportunities and family separation.  However, prospects of return are dimming. The Syrian Civil War has become protracted. The rise and expansion of ISIS in the power vacuum, which was left by the partial retreat of the Syrian government, has further exacerbated the problem. Today, the humanitarian situation appears worse than ever. There is still no unified and credible opposition capable of replacing the Assad regime and all attempts at peace processes have failed.

As their country is still recognised by the German government as an unsafe country of origin, Syrian refugees are not allowed to leave Germany legally. The route of displacement entails a long and dangerous journey, overpopulated camps and a time consuming asylum application. Through this process, refugees undergo a complicated process of identity reformulation. They do not consider themselves, and are not regarded to legally be, part of the country to which they physically belong.

Against this background the 7th Käte Hamburger Dialogue took a critical look into the situation of Syria and discussed to what extent these 'wishes to go home' are feasible. Rana Khoury of the Northwestern University, Dr Samuel Rizk, country director of the United Nations Development Programme (UNDP) in Syria, Prof. Bernhard Trautner, German Development Institute (DIE), as well as Dr Faten Ghosn, Senior Fellow at the Centre and Associate Professor of International Relations at the University of Arizona, who also conceptualized this event, evaluated the current conflict from different perspectives. They looked at the challenges to Syria's reconstruction—if possible at all in the near future—like poverty, the devastated areas and infrastructure, the financial aspects, and compared the situation with other contexts and examples from the past, e.g. Lebanon. The main question is, however, how the different actors engaged in the conflict should be integrated in a peacebuilding and reconstruction process. Michael Backfisch, Senior Political Editor of Funke Media Group, moderated the panel. The Dialogue also profited from the very interested audience, who contributed thoughtful and critical aspects to the discussion.

The 7th Käte Hamburger Dialogue was organized jointly by the Centre and the Volkshochschule Duisburg and was part of  the 38th Duisburger Akzente. 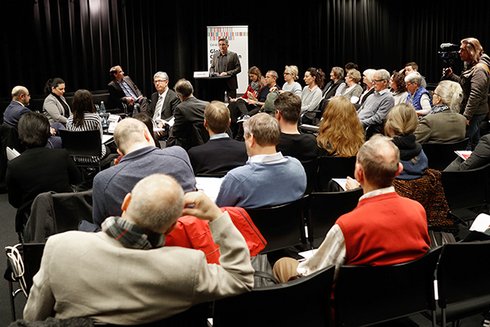 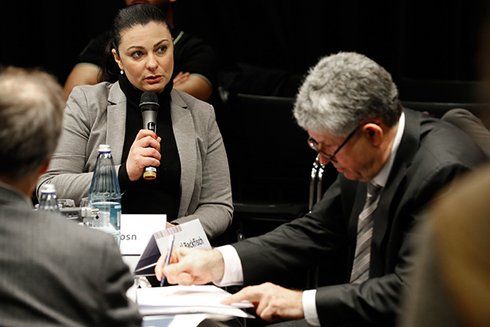 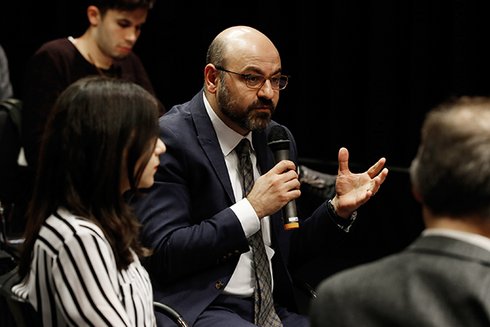 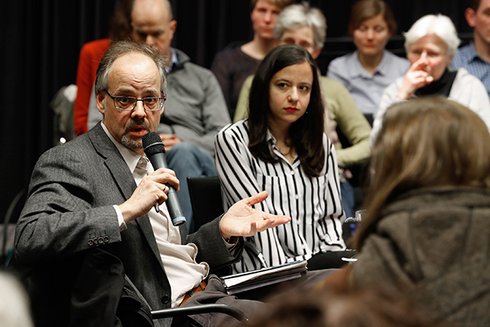 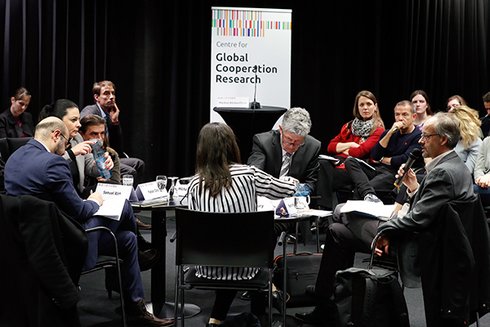 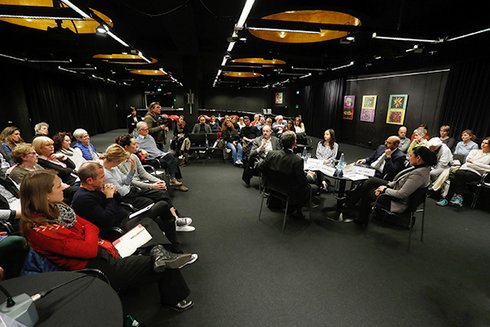