Mapping, Mercator and Modernity: The Impact of the Digital

Gerhard Mercator lived in Duisburg for the last 40 years of his life (1552-1594). As a major founder of the both the linear time and space of modernity, Mercator is most famous for his world map, the projection of the world in 1569 making straight lines match fixed courses of sail. Intended for mariners’ use, the map became the accepted view of the world despite its famous distortions.
In enlarging Europe and decreasing the size of Africa, Mercator’s world map is often seen to be Eurocentric and problematic. The 1885 Berlin Conference colonially divided Africa through the predilection for straight lines and ignorance of the content of country interiors. This sense of mapping as a form of control rather than knowledge and the reduction of complexity to linearity for instrumental reasons – without doubt, can be traced back to Mercator.

The 8th Käte Hamburger Dialogue explored the relationships between mapping, linearity, imaginaries of control and global cooperation. Of particular interest was the current rise in digital mapping and visualization, with the focus on the questions: What is at stake when maps and visualizations are not the world but leave an irreducible gap in how we understand it? How does the digital transform the politics of maps and mapping?

Dr Claudia Aradau (Reader in International Politics, King’s College London) presented mapping as a device of knowledge production. Used for the visualization of networks, mapping captures the whole and at the same time transforms life into digital data. By the example of the hotspot mapping for crime prediction, Aradau showed that mapping concerns time and space. The prediction is about calculation with different data and techniques, which transforms time into artificial space and also the other way around.

In contrast, Prof. Dr Luis Lobo-Guerrero (Professor of History and Theory of International Relations, University of Groningen) highlighted the analogical character of maps. Since all maps are fed analogically, the lack of situated knowledge of what to put into a map, compromises a promise of reality that can never be completely fulfilled, argued Lobo-Guerrero. As a matter of fact, reality succeeds maps. To Lobo-Guerrero the digital has no ontology, even if we tend to believe nowadays that our life is digitalized. Furthermore, Lobo-Guerreo stressed that maps represent the logics of their creators. Maps create imaginaries, like a global imaginary was created with the first world maps. But as these maps change, also the imaginary can be changed. Therefore, it is also necessary to ask what is the subject of mapping and who made the map. Consequently, Lobo-Guerrero concluded that maps are not an instrument of discovery but rather a record of discovery.

Adding a historical perspective to the Dialogue, Prof. Dr Ute Schneider (Professor of Social and Economic History, Historical Institute, University of Duisburg-Essen) argued in the same direction by emphasizing that maps are a product of their time. In this sense, one has to take into consideration the specific knowledge of this time. Referring to current debates in US schools about the eurocentrism of Mercator’s world map, Schneider pointed to the fact that while Mercator produced a projection of his world in 1569, he cannot be blamed that we still use those maps. In the same vein, Schneider explained further that it is important to understand the purpose of a specific map. By the example of Mercator, who created his map for the use of sailing, Schneider hinted to the fact that maps are not only models of the world but also models for something and contain at the same time aspects of knowledge or control. The third point to be aware of when using maps, Schneider added, was the issue of categorization. For the visualisation, cartographers have to deal with the complexity of data, constructing hierarchies of information in several steps while mapping. These categorizations and the implications of it also have to be taken into consideration.

In her contribution, Dr Anna Feigenbaum (Principal Academic in Digital Storytelling, Faculty of Media and Communication, Bournemouth University) stressed the very subjective character of maps. Using the example of the use of tear gas, Feigenbaum showed that maps are not a representation of reality as data can solely be missing, and sometimes metrics are even used against people. Being aware of ‘scrappy mapping’, as Feigenbaum called it, the politics of templates and mapping have to be questioned. She argued for the demystification of data maps and the civic empowerment to create counter knowledge, engaging people to recognize entry points of political claims.

The subsequent discussion was moderated by Senior Fellow Prof. David Chandler (Professor of International Relations, University of Westminster), who initiated the Dialogue and the workshop. 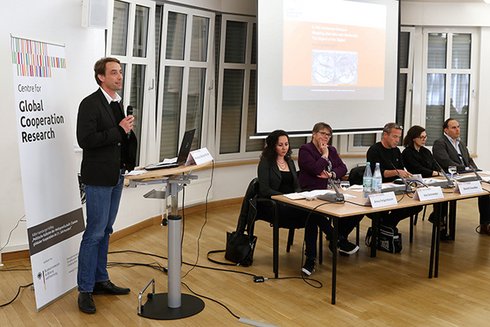 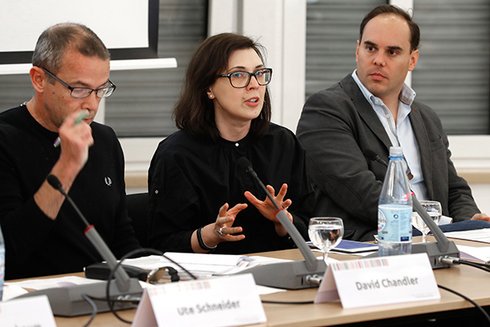 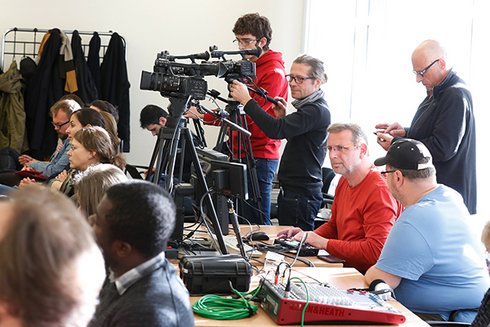 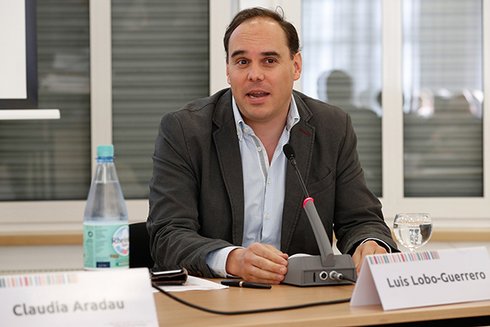 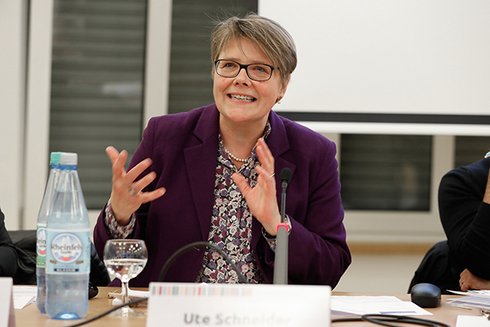 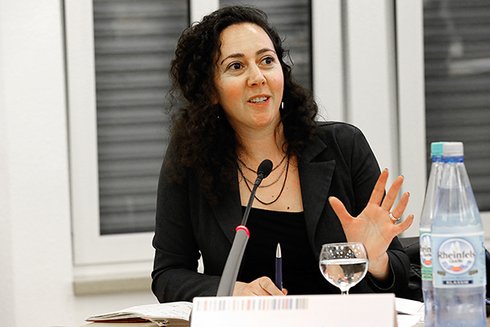