How can migration between Africa (ECOWAS) and Europe (EU) change between now and 2030? Four scenarios could improve our understanding today. The daily images of African migrants stranded on the beaches of Lampedusa or struggling through the Sahel have impacted public opinion and become a source of tension between the European Union and West Africa. As passions rise, serious long-term consideration of the problem can no longer be avoided. With this in mind, Friedrich-Ebert-Stiftung and the Centre for Global Cooperation held a series of workshops on the topic 'The future of migration policy: Building scenarios on the relations between Europe and West Africa'. The four resulting scenarios are intended to shed light on what is at stake, as well as on the background context of migration policies between the two regions (see Global Dialogues 15). This Käte Hamburger Dialogue, organized by the Centre and the Interdisciplinary Centre for Integration and Migration Research (InZentIM), discussed the implication of the scenarios on existing or new strands of research.

Following an introduction to the Shell Method, with which the scenarios where developed, the panellists Dr Stephen Adaawen, Alumni Fellow of the Centre and Prof. Petra Bendel of the University of Erlangen presented the four scenarios that vary between 'conflicting relations' and 'equal relationships'. As part of the 30 experts from Europe and West Africa, who jointly developed the four scenarios, both of them shared their insights on the planning process and possible futures.

The scenarios and their implications on further research or even new research branches where commented by the further panellists Dr Benjamin Schraven of the German Development Institute, who called for a better empirical foundation of the growing migration research area and Prof. Volker Heins research group leader at the Centre, who critically reflected on how migration is perceived as a problem in Europe, while it is actually the solution for thousands of people and called for more cognitive creativity when considering possible futures. 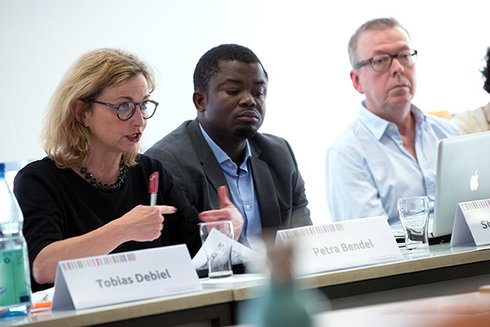 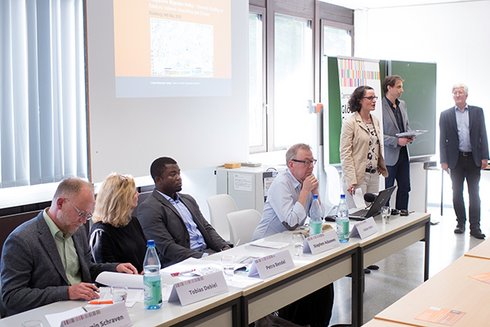 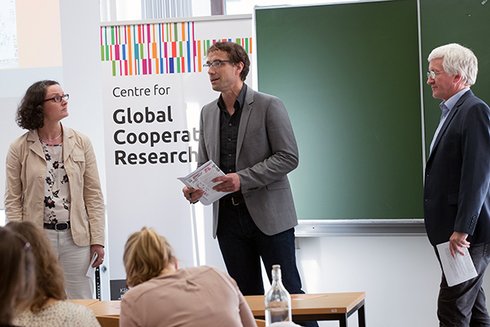 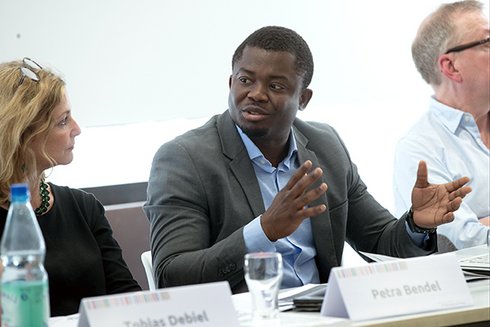 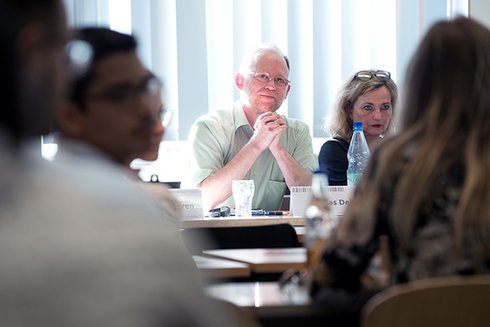 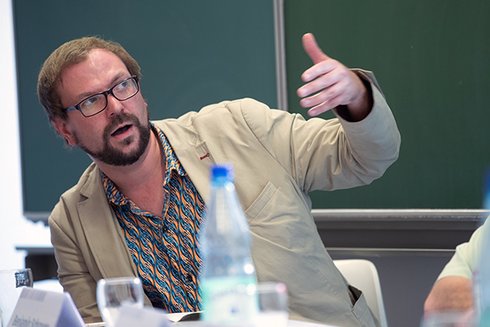