Online defamation, the dissemination of false information to damage someone's reputation, was the topic of a roundtable dialogue, organized by the Centre for Global Cooperation Research in Duisburg and moderated by the Centre's Director Sigrid Quack. Academics from Canada, Russia, the Netherlands and Germany scrutinized ways to tackle this phenomenon and framed the discussion in the broader context of possible regulation of social media platforms on national and global levels in times of both growing authoritarian rule and platform monopolism.

Blayne Haggart, a current fellow at the Centre, started with the most pointed statement. Social media have become the world's public squares and Haggart insists that this is not the decentralized global space that we are made to believe in. Invoking creative efforts, Haggart demands solutions beyond balkanization and monopoly:

There is a whole continuum of possibilities with respect to regulation and control between having for-profit companies like facebook or authoritarian state control over social media accounts as in China, between a California internet or a Chinese Internet as French president Emanuelle Macron put it in a speech to the internet governance forum in Paris last month.

Haggart compares platform companies to banks and the current situation to the run-up of the global financial crisis in 2008. And whereas global capital flows are not allowed to result in a monopolistic super bank, because national and regional interests resist, it was bad regulation in one country (the US) that had global spillover effects. Monopolies the more, Haggart suggests, may impact globally and their spillover-effects may not be hindered by any appropriate regulation.

Bring back the state conceptually and empirically, taking governments seriously as a key actor in internet governance in terms of our scholarship and in terms of policy making.

Being sensitive to regulation and putting de-platforming of entire groups, as is practised in the US, into question, she focused her critique on platforms and their applied algorithms, because they are unfit to do the job, Tusikov insists. Tusikov implies that according to the imperative of scale and free flow of neo-liberal platform capitalism, toxic content basically fits this business model. She puts into question the global norm of free flow of information. It would be an illusion to avoid regulation in total. We should better decide, who is in charge of regulatory measures and she is convinced that for the sake of an open society this should not be the platforms themselves.

Anna Spakovskaya, Postdoctoral Research Fellow at the Institute of East Asian Studies and Faculty of Social Sciences, University of Duisburg-Essen, added her view on the situation in the People's Republic of China. The scale and speed of growth in this market makes the issue exceptional here.

The internet opened unprecedented opportunities to have relatively autonomous field of individualized self-expression online, of underrepresented interests and grievances and sentiments for ordinary people.

Defamation in China is regulated by civil and criminal law. In 2014, the Central Leading Group for Cyber-Security under the direct supervision of the president was established and thereby the importance of the issue acknowledged. Spakovskaya indicated that a more unregulated phase of the internet existed for same time during the introduction of the internet in China. Today the government aims to shape online communication 'by discipline but also by guidance'. She underlines that a proper dialogue with China still has to be established: 'Cooperation with China might be difficult but it is possible, most importantly it is inevitable.'

Global governance in mind, moderator Sigrid Quack put up the two-level model of a federated system for discussion, suggesting that specific regulation can differ, let's say on a country level, while 'orchestrated', communicated and coordinated on an over-arching 'global' level.

Daniëlle Flonk, Research Associate to the project 'Evolving Internet Interfaces: Content Control and Privacy Protection’ at the Hertie School of Governance (Berlin) displayed a somewhat sceptical view on the prospects of global cooperation on these issues. She feels that the models (California - China) are quite divergent and the EU 'somewhat in the middle' also tends to regulate and joins a trend to use cybercrime for Increased securitization.

There is a fear that a content regime would legitimize content control ... Removing content is already too late. Users are driven into extremism based on algorithmic decision making, we could do so much more, we're just addressing the symptoms, instead of looking where does this come from. There is a large lack of research in this area.

So the topic of 'online defamation' opens up a view on global trends of the media that transport those defamations in new ways of scale, speed and accuracy ('granulation').

A lively discussion added more aspects. Readers are invited to follow the details in our video documentation online. One was labour. 'Content cleaners' work under extreme physical and emotional stress. Tusikov enunciated that these individuals are 'underpaid by a multimillion dollar company.' 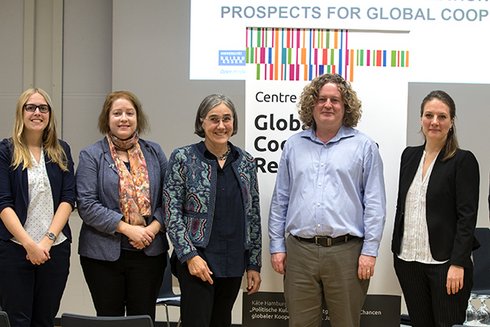 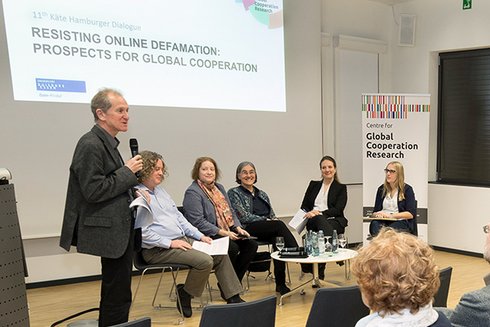 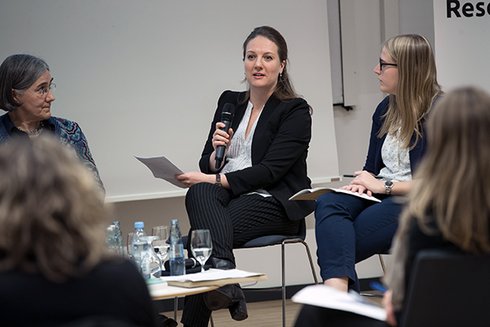 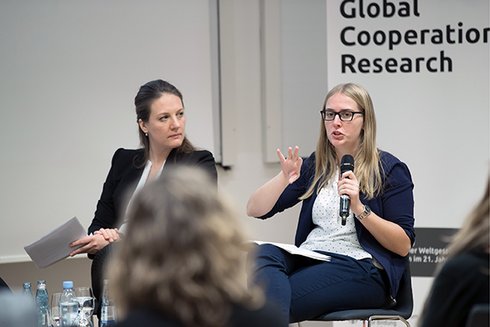 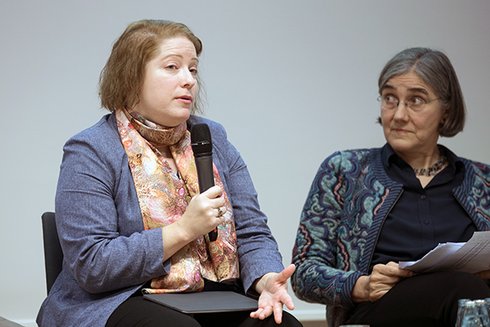 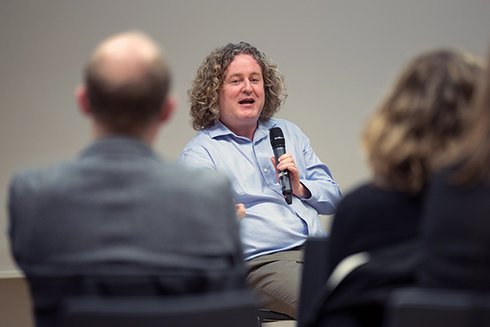