At its first Annual Conference, the Centre opened a dialogue with other projects and agendas at the University Duisburg-Essen and partner institutions which address related topics from different perspectives. Transformations within this recent field of research were also addressed. In his greeting address, Volker Steinkamp, Vice Dean of the Faculty of Humanities, alluded to the 'profound optimism' for globalization 20 years ago, a sentiment that since then has 'almost disappeared', not in the least because the challenges and prospects of new populisms seem to affect the outlook for cooperation and multilateralism profoundly.

Sigrid Quack and Jan Aart Scholte set the stage by introducing the research programme of the Centre. They identified three main tendencies with regard to global cooperation research:

Sigrid Quack highlighted the Centre’s working definition of Global Cooperation, defined as the extensive and intensive collaboration among two or more parties towards addressing a collective problem. Subsequently, the work of both the research groups (on pathways and mechanisms and polycentric governance) was introduced in more detail. > Magazine

The session on 'Transformations in Global Development Cooperation' focused on the major outtakes from the field and made clear that global cooperation  may not always result in positive results for global development per se. Donors after Pusan confused responsibility and obligations by defining 'mutual benefit' to their own advantage. The idea of cooperation is thus often propagated only to create a form of 'horizontal burden sharing' where everybody plays by their own agenda (Paolo Esteves, BRICS Policy Center in Rio de Janeiro).

Andreas Niederberger hinted from a philosophical perspective at whether 'cooperation is detrimental and the language of cooperation may be part of the problem.' Many contributions linked observations on the ground to current research questions. Micro-finance helped alleviate people out of poverty but international actors (banks) tend to expand target groups for profit and NGOs, the usual first movers, are ousted (Caglia Diner). Political science is refreshed by methods and approaches from other disciplines. The practice turn and narrative theory are outstanding examples of this. This conference witnessed pleas for a life course approach included in migration research (Anja Weiss), alluding to 'emotional geographies', a concept recently developed in regional studies (> Derichs). Regulation gaps under the influence of global production systems, were analysed to be possibly weakening both local sovereignty and sustainability (Schaeper, Ulbert). The policy field of labour is currently hotly contested, and is witness to current transformations. Japan is training persons who return, for example, to Indonesia (Shire). The ban on child labour is at times criticized by working youths themselves, questioning an inherent liberal bias and a normative assumption of agency of the governed (Wunderlich).

The imageries of homes and walls that drive current right-wing populism reproduce a popular blueprint of safety and security for appeal (Freistein/Unrau). Norms and business ethics, as well as a new paradigm of global cooperation amongst private actors, within the international fact-checking network are worth investigating (Graves / Lauer). Post the cosmopolitan promise,  'Kantian Republicanism' pushes for political theory towards being more 'action-guiding' and to harbour more cooperation within the social sciences. A demand for any transnational democracy solution, within this understanding, would call for the subjects of regulations to also decide on regulations (Niederberger).

A forum on Africa looked into historic conditions and present interactions between national, regional and transregional entities and analysed a kind of 'forum shopping' that emerges through this 'overlapping regionalism' (Hartmann). Trust building with interlocutors is a challenge on the ground, and while this is true in conflict situations globally, this challenge is particularly pronounced in the African cases (Sandor).

A panel on climate change dealt with one of the Centre's four policy fields and developed around the 'loss and damage' chapters in some recent climate agreements. Liability seems to be strategically avoided by Annexure 1 countries (Global North) in a pattern that mirrors the arguments made by Esteves in the context of the global development agenda. (van der Geest) Does the implementation of treaties have a measurable effect on national environmental legislation?  (Brandis) This question was hotly debated within the session, with substantial contributions from the audience. A useful clarification of terms was provided in a talk on the migration - climate nexus. Whereas migration always suggests a degree of choice and agency, forced changes should more suitably be labelled  'displacements'. Displacements and migration due to climate changes are already happening on sinking islands in the Pacific, where the. growing number of displaced people leads to the question of issuing a passport to this growing population of increasingly stateless persons. Another demand is the establishment of a fund that enables those countries to go to international courts. There were calls for a more binding international law, especially in relation to these issues. The global public good as a concept is neither codified in international law nor a global common danger or threat (Chi). But laws don’t solve everything. Legal provisions themselves often produce 'grey zones' (Liste).

A panel on urban development used the lens of history to illustrate how ideas transgressed borders because of their appeal, as in the case of the garden city (Gurr), or created a counter-narrative with a historical blueprint, presenting Edinburgh as the Athens of the North and a favourable alternative  to the 'Rome' of London (Heyl). The gap between policy ideas that cross these borders and their implementation and the reality of contexts came into focus, with the examples of two cases- one, where a Singaporean model city triggered investment and excitement in India (Borgmann) and two, where 'cultural entrepreneurs' like Deng Xiao-ping enabled long-term institutional transfers on a grand scale (Taube). The issue of the ‘urban’ is not sufficiently represented on global government platforms (Messner) and often misrepresented in the public discourse, since 'smart' cities are fields of application for globally interconnected data governance networks, a development which is also clearly under-researched (Haggart).

The conference was concluded with closing remarks from Sigrid Quack and Dirk Messner. Both reflected upon how  the concept and target of this event, to bring scholars of the home university from different disciplines together around the 'boundary box' of global cooperation research, proved quite fruitful and interesting to all participants and the organizers alike, making the Centre’s first Annual Conference an all-round success. 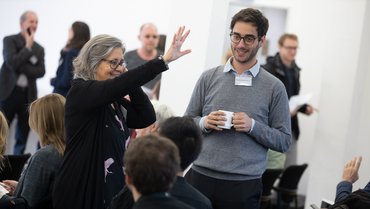 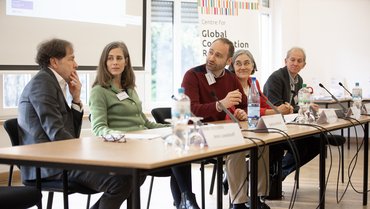 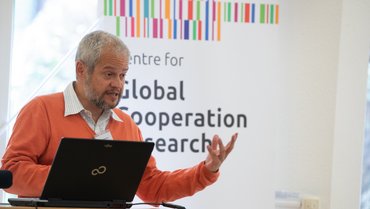 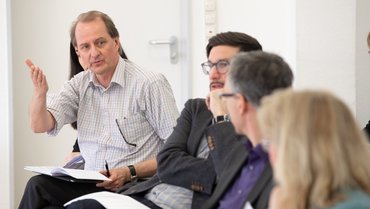 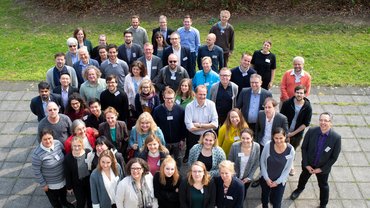 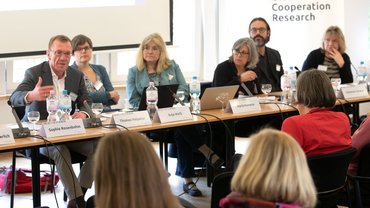 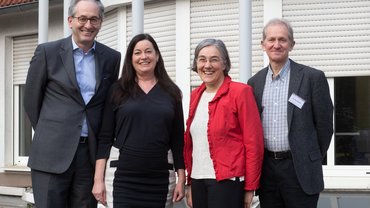 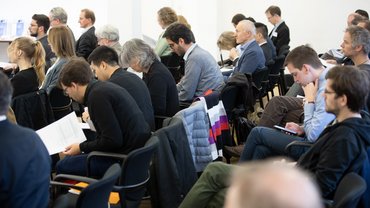 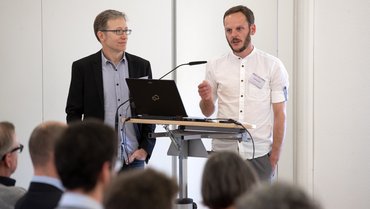 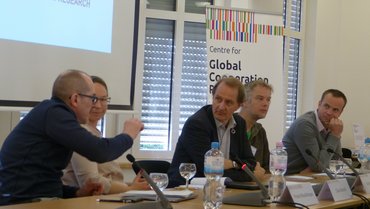 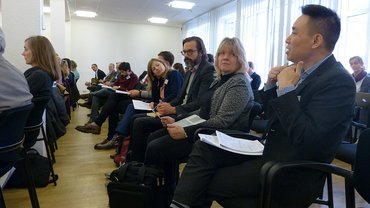 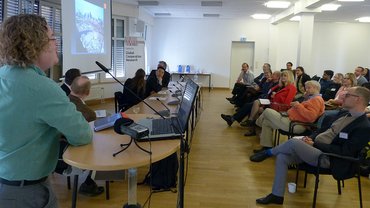