Inside the Business of Cybercrime: Trust and Cooperation among Cybercriminals

How do cybercriminals trust each other when they don’t know whom they are dealing with? On the face of it, they can’t turn up at another criminal’s house and beat them up. They certainly can’t report being ripped off to the police. As a result of such challenges to cooperation, it might be expected that cybercriminals would operate alone or in small groups. Yet, in recent years, collaboration among cybercriminals has grown significantly. In this lecture Jonathan Lusthaus addressed the puzzle of how cybercriminals have overcome this trust problem and built an illicit shadow industry on a grand scale. He examined the range of methods they have employed to achieve this end. Drawing on a seven-year study into the organisation of cybercrime, his analysis is based on almost 250 interviews in some 20 countries – including purported cybercrime "hotspots" like Russia, Ukraine, Romania, Nigeria, Brazil, and China – with law enforcement, the private sector and former cybercriminals.

With Jonathan Lusthaus, Director of The Human Cybercriminal Project at the Extra-Legal Governance Institute, the Department of Sociology, Oxford University.

Comment: Carolina Aguerre, GCR21 Senior Research Fellow and professor and researcher at the University of San Andrés in Buenos 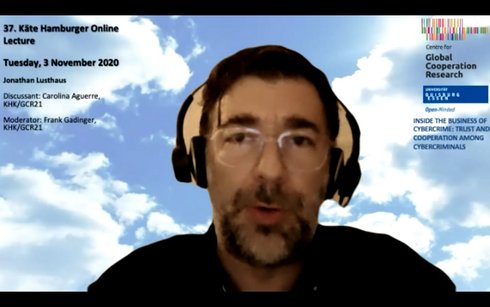 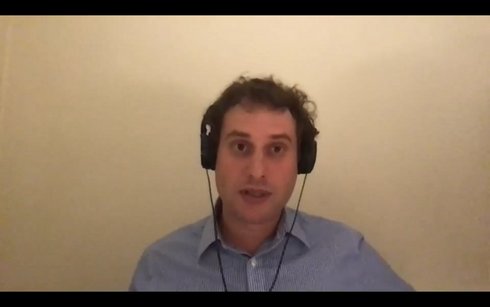 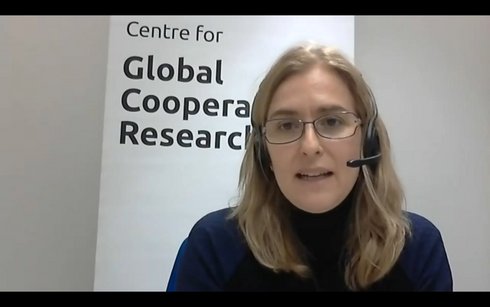 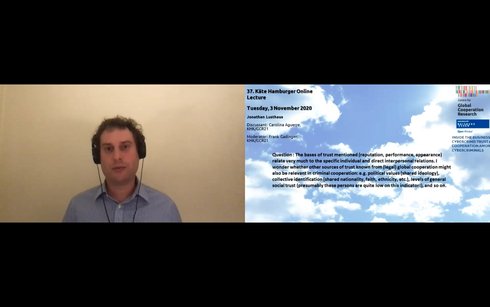 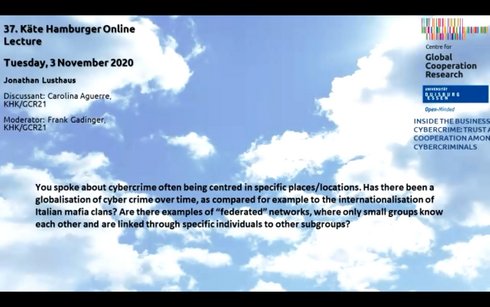 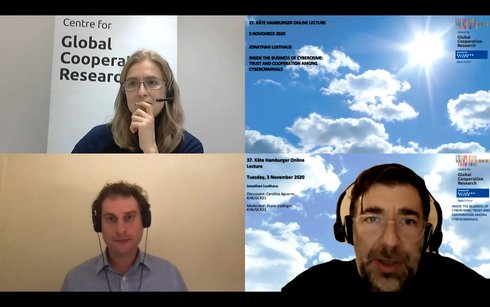 The 37th Käte Hamburger Lecture with Jonathan Lusthaus is now available on Youtube.