The Centre is located in Duisburg

Duisburg is the fifth largest city in the state of North Rhine-Westphalia. Lying at the confluence of the Ruhr and Rhine rivers, the city houses the world’s largest inland port. This location has raised Duisburg to a prominent place in Germany. From being an important centre of the iron and steel industry in the 19th century, Duisburg is undergoing a marked transformation. Today it has become an economic, cultural and academic gateway to Europe. The city offers both residents and guests a wealth of opportunities to experience Germany’s multifaceted culture, while its proximity to other major cities, including Düsseldorf and Cologne, enables visitors to maintain their connection with the international community.

The University of Duisburg-Essen enhances the academic essence of the city. As one of Germany’s 10 largest universities, it provides vital impetus for active dialogues between international research fellows and the region’s own experts in Global Governance and Intercultural Studies.

Duisburg’s Innenhafen (inner harbour) is a very special blend of old and new. In the midst of nature, visitors to the Innenhafen can follow the Industrial Heritage Trail, which is surrounded by historic warehouses, modern architecture and galleries, including the MKM – Centre for Modern and Contemporary Art. The Centre itself is located in the modern wavelike building which houses the state archive, sometimes described as North Rhine-Westphalia’s ‘memory’. With a view of restored industrial cranes and the old gothic Church of St. Salvator, the modern office complex combines past, present and future and offers a bright working environment for joint research and innovative thought. 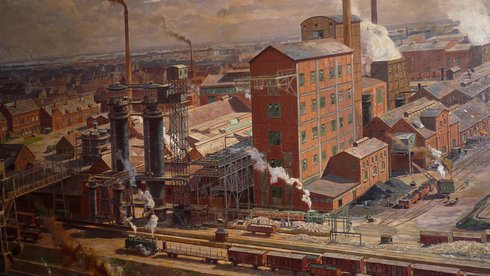 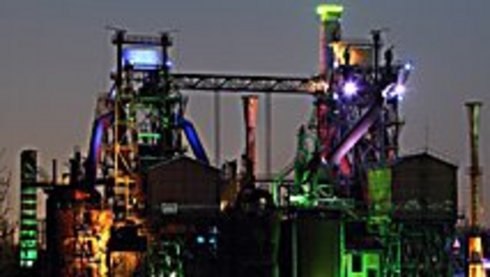 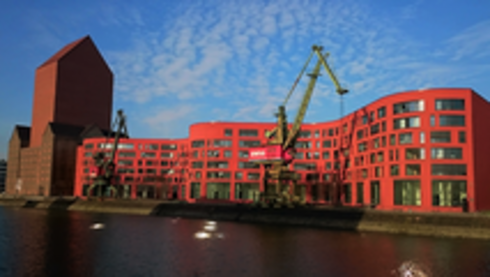