Disputing Child Labour Globally: Legitimation Struggles in the Past and Present

Is there a correct approach to child labour? What are (de)legitimation strategies of those who are dealing with it on a daily basis such as the children themselves, parents, or employers? The conference Disputing Child Labour Globally: Legitimation Struggles in the Past and Presentinvited various scholars to look at the historical development of child labour and its conventions by taking a closer look at global cooperation and the struggle over rules and norms as well as the (de)legitimation of child labour.

The historical perspective is often forgotten but necessary. Looking at legacies of normative baggage that have been established and carried through history reveals how long-term developments and fluctuations over time compare to child labour conventions today. Since in-depth analyses of child labour are scarce and the studies on the global south are even fewer, the conference sought to bring existing research together and compare opponents, defendants, and disputes of child labour both diachronically and synchronically. Other major aims were to move the discussion in child labour discourses beyond the dichotomy of the Global North and South and to diversify research to shed light on entanglements and circulations transnationally and over time. The various panels covered topics such as child labour conventions as well as less visible forms of cooperation, e.g., between social movements and the biographies that come with them.

Marianne Dahlén, Cornelia Ulbert, and Antje Ruhmann discussed transnational organizations and (de)legitimation struggles over child labour such as the International Labour Organization (ILO) a as knowledge-broker and the questionable legacy that needs to take a more child-centred perspective as well as 'Dialogue Works', a global campaign to anchor children’s participation sustainably within civil society. The plenary discussion made obvious that there is an inherent need for better strategies to support those children who need to work. Irene Rizzini presented data about child labour worldwide, comparing several regions, especially Brazil. She highlighted the effects of Covid-19 on increasing risks of Child Labour. Moreover, Marcela Vignoli gave a talk on child labour as a concern of feminists and government officials in the case of Argentina from the 19th to 20th centuries. The final panel proceeded with Heidi Morrison presenting a global interconnectedness approach to child labour with (post)colonial Egypt as her case study. Morrison claimed that under the British Protectorate in the early twentieth century, Britain made meagre investments in the education of children and in protective legislation for them since child labour was Egypt’s comparative advantage – something Europe actively benefited from.

The keynote by Kathryn Kish Sklar, Distinguished Professor of History Emerita at the State University of New York on 'The Changing Place of Child Labour in Florence Kelley’s Reform Agenda, 1882-1932' ended the first day of the conference with stimulating and productive discussions. The lecture by Sklar was devoted to Florence Kelley, a leading American reformer and activist against child labour who advocated actively for child labour reform. Kelley lobbied Congress to pass the Keating-Owen Child Labor Act of 1916, which banned the sale of products created byfrom factories that employed children aged thirteen and under.

The second day of the conference began with an interesting talk by Ben White on colonial responses to the employment of children and debates that led up to the first ordinance regulating child labour in the Dutch East Indies in 1925. Together with Pedro Goulart and Elisabeth Anderson, he discussed the highly interdisciplinary nature of child labour research and its intricate connections to other fields and addressed the complex question of terminology and where to draw the distinction between child labour and child work. Two central aspects that were emphasized at various points of the debate and that built an argumentative bridge to discussions of the previous day were the need to pay attention to and deconstruct underlying assumptions and discourses on both childhood and child labour, as well as concerns about the potential generalizability of models and their application to processes and regions in the Global South.

The next panel dealt with historical opponents and defendants of child labour in Asia. Boris Gorshkov discussed imperial and soviet cases of child labour and illustrated how child labour in the Russian countryside was not only a widely accepted common practice, but an integral aspect of preparing children for adult life. Following the panel, a lively discussion ensued about the discrepancies between existing national and regional discourses on childhood and child labour (de-)legitimation, and the actual practices that were employed. The audience debated how drastic changes in state systems and socio-political context – such as the Russian Revolution – although not necessarily leading to the abolition of child labour, still had a large impact and altered its character from an individual to a collective endeavour complemented by schooling.

The conference closed with two compelling roundtable debates focusing on comparison and entanglement as well as global approaches to child labour. The first session, ‘Comparison and Entanglement: Promises and Pitfalls for a Global History of Child Labour (Focus on Methods)’ discussed the logical approaches towards studying past and present legitimation disputes over child labour. There’s the general global thrust from the ILO and other sources, national policy variants, different company and association reactions, and the children’s voices themselves, as introduced by the conference, although those are tough to handle historically, in terms of evidence. There is a need for greater attention also to the adult family members in contributing to patterns of child labour. The session presented to the audience possible approaches to writing an inclusive, global history of child labour, since there seem to be hardly any truly generalizable findings. Nina Schneider presented some of the key findings from her book project on child labour opponents and their campaigns in the global perspective, which employs an entanglement approach. The roundtable emphasized the need to reconcile macro and micro level actors and structures in one’s research and pay attention to global entanglements and the mutual awareness and exchange that existed between actors on a transnational as well as regional scale. 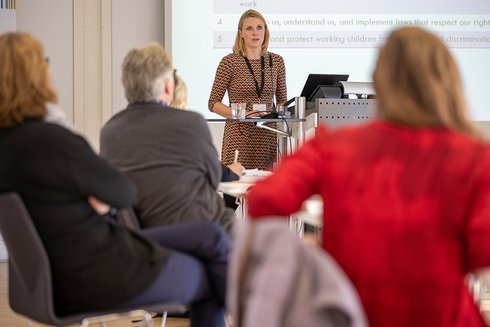 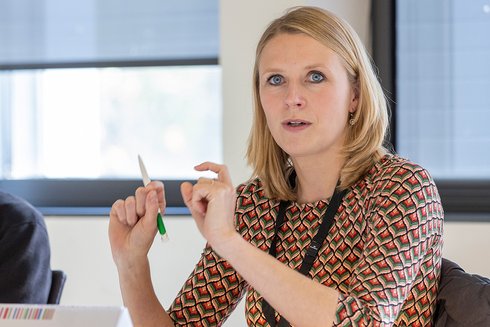 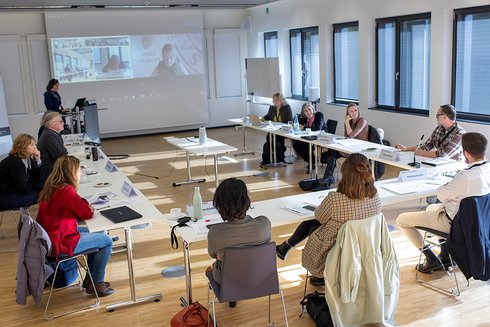 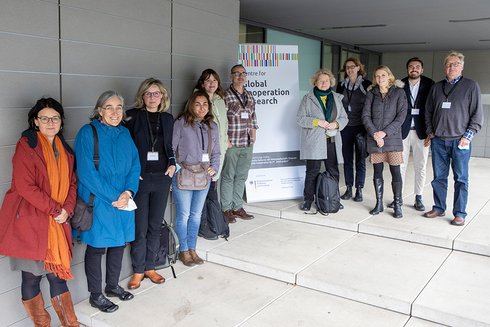 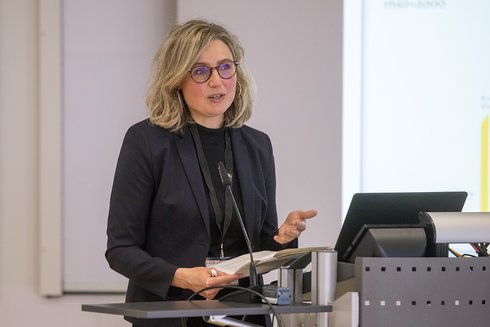 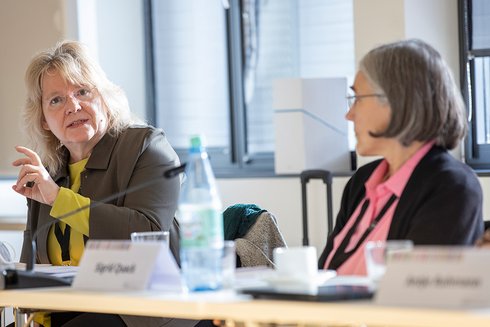 Nina Schneider is a Research Group Leader at the Käte Hamburger Kolleg/Centre for Global Cooperation Research (KHK/GCR21) at the University of Duisburg-Essen, Germany. She holds a PhD in History from the University of Essex, UK, and was a Visiting Scholar at Columbia University’s Institute for the Study of Human Rights (ISHR, 2012), Marie-Curie Fellow at the Zukunftskolleg at the University of Konstanz (2013–2015), Visiting Scholar at the National University of Brasília (UNB, 2015), and a Senior Research Fellow at the Global South Studies Center (GSSC) at the University of Cologne (2015-2018). Her book manuscript on the global movement against child labour is currently under review. Further publications on child labour include ‘Origins of Child Rights Governance: The example of early Child Labour Legislation in the United States and Brazil’, Childhood: A Journal of Global Child Research 26(3) (2019): 289–303; ‘Florence Kelley’s Struggle against Child Labour: Revisiting the Obstacles’, Gender: Zeitschrift für Geschlecht, Kultur und Gesellschaft vol. 3 (2022): 135–49; and ‘Review: Betsy Wood, Upon the Altar of Work: Child Labor and the Rise of a ne American Sectionalism (Urbana: University of Illinois Press, 2020),' at: https://www.hsozkult.de/review/id/reb-94439?title=b-wood-upon-the-altar-of-work. Her research project “Child Labour Opponents in the Americas and their Campaigns in global perspective” (2020~2025) is funded by the German Research Foundation (DFG).

Currently, Nina Schneider is in the process of founding a Digital Archive on the Global Struggle Against Child Labour.